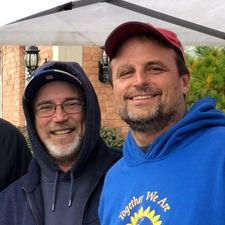 Growing Healthy Veterans (GHV) was co-founded in 2016 by Marshall Fox, an Air Force Veteran, and Lukan Paulus, who is certified in Sustainable Agriculture from the College of Lake County and Horticultural Therapy from the Chicago Botanic Gardens.

Marshall and Lukan first met as a result of their shared interest in helping Veterans who were suffering from the trauma of war. They reconnected in the early spring of 2016. Marshall had recently begun working at the Federal Health Care (FHCC) in North Chicago, IL, He shared his interest in Horticultural Therapy with a recreation therapist working with Veterans with PTSD, and she expressed an interest in incorporating Horticultural Therapy into her program. Marshall quickly contacted Lukan. The two were able to acquire 3 garden plots and all the necessary equipment from the Liberty Prairie Foundation, and soon Veterans were coming to work in the Prairie Crossing Community Garden in Grayslake one day a week.

At the end of the summer, over 100 pounds of vegetables were harvested by the Veterans and donated to local food pantries. The program was considered a success, and GVH was registered as a nonprofit with the State of Illinois in December 2016. 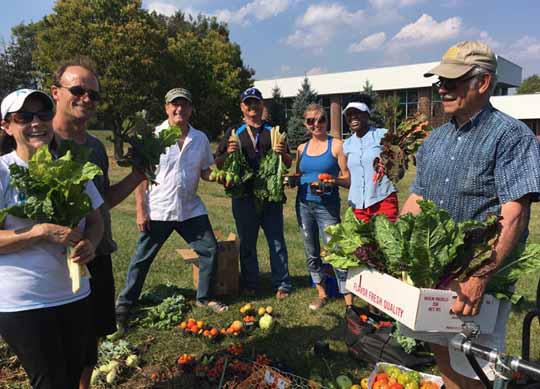 Lukan continued working with the Veterans growing microgreens and seedlings during the winter and early spring of 2017.

That same year the Liberty Prairie Foundation doubled their donation of plots at the Prairie Crossing Community Garden, and a large plot was donated at Joy Lutheran Church in Gurnee.

The program expanded to include Veterans from the PTSD and the Homeless FHCC Programs, along with Veterans living in Lake County. Over 20 Veterans participated, and over 500 pounds of produce were distributed.

The winter program of microgreens and seedlings continued, and GHV began to look for a site that was close to the FHCC.

In the late winter of 2017 Mayor Rockingham of North Chicago offered GHV the use of fourteen acres of city-owned property.  This donation was approved by the City Council on June 5, 2018, and Phase One of North Chicago Commons began by utilizing a 100’x100’ section for a community garden for Veterans, Active Duty Military and local residents. 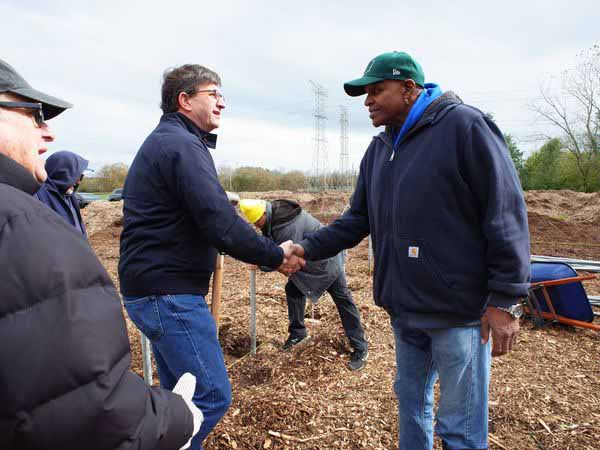 In the spring of 2018, the Gurnee American Legion Post 771 decided that Growing Healthy Veterans could play an important part in their efforts to expand their membership to include younger Veterans. They contacted Growing Healthy Veterans and offered the use of two and a half acres of their land that adjoins baseball fields next to the Legion Hall.

Will Allen, an internationally recognized urban farmer from Milwaukee not only donated the frame for a 20’x48’ hoop house but also agreed to come to Gurnee to teach how to construct the hoop house.

On October 20, 2018, Will Allen joined over sixty volunteers along with Congressman Brad Schneider and members of the community to begin the construction of the first hoop house. 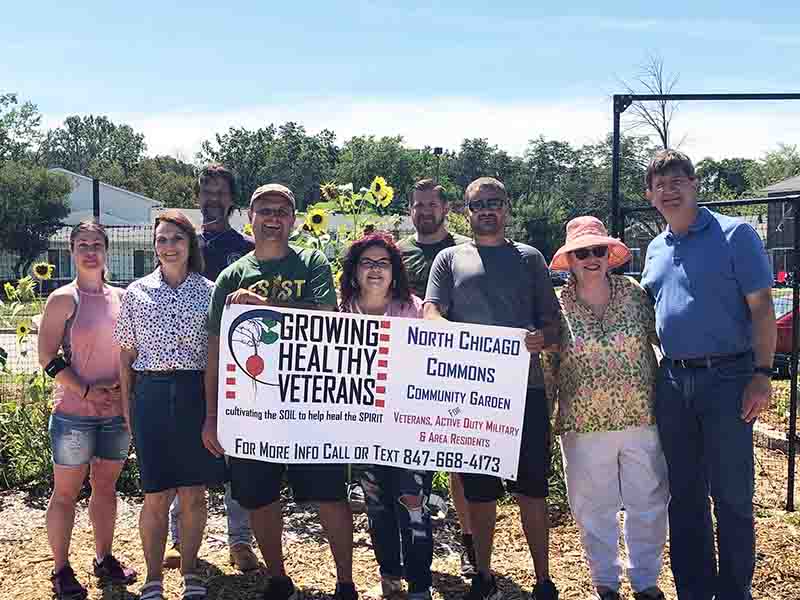 In late September 2018 the Mayor and the Alderman of North Chicago Illinois were joined by Veterans, Active Duty Military and residents for a Harvest Festival celebration at Growing Healthy Veterans North Chicago Commons garden project.

In those three months, 33 Veterans had participated in the program and over 1,000 pounds of the producer were distributed to Veterans and their families, residents, and local food pantries.

Growing Healthy Veterans focus is on dedicating resources to North Chicago Community Garden in response to the increasing interest and involvement in the project.