Skip to content
Enter the City of North Chicago

Enter the City of North Chicago

Phase One of North Chicago Commons (NCC) utilizes a 100’x100’ section for a community garden for veterans, active duty military and North Chicago residents. This parcel is divided into individual plots for each of the three groups. There are two larger plots for Horticulture Therapy for veterans from the FHCC. 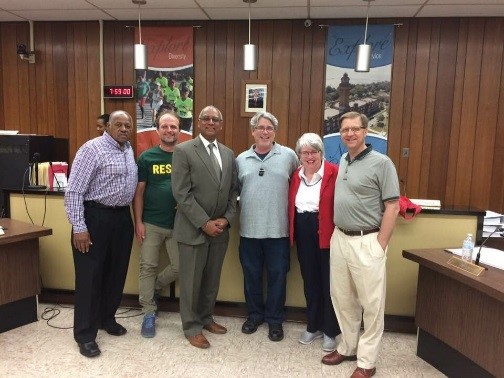 The Mayor, representatives from both the FHCC and Great Lakes Naval Station, along with community leaders and residents gathered for the opening of North Chicago Commons on June 30th.

Three months later the Mayor and the Alderman were joined by over fifty others – veterans, active duty and residents for a joyous Harvest Festival.